After defeat Vjaier talk to Chieftain Grak'tol for to unlock the barrier to enter Valley of Centaurs.

Reach boss arena while avoiding arrows fired at your team and tornado randomly moves around valley.

Flame Arrows: When hits you damages and leaves fire on the ground does damage each second when touch only.

İce Arrows: Freezes you for 3 second.

Rain Arrows: Multiple arrows on you.

There are 3 type centaurs you will encounter only;

Total 6 centaur waves, each wave more centaurs will be spawn, 3rd & 6th waves Centaur Generals will be activated. Also when you clear 3rd wave that will be your save point which means when you reset fight and reenter it will be starting at 4th wave. 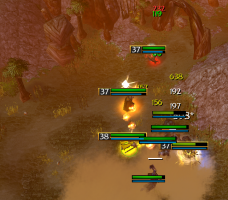 Whenever he says "by the light ,be blinded" don't look at him. Spawned light orbs has AoE DoT damage & heal the boss. Each 4th text message "The light shall infuse me with power" burst him to prevent get hurt badly. 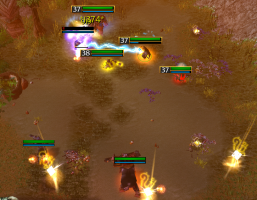 Phase 1: Boss says Larthil glances quickly at "player name" , avoid from that spot the time you called. Nets all players whose close that spot. Net does DoT, should be killed asap. He does that two times.

Phase 2: All players should hug each other to grab spears he throws on all players 1 by 1. Player number = number of spear he throws. Spear does DoT & stun players. Spears should be picked by other players "1 empty bag slot needed to grab it"

Phase 3: Cast shockwaves 360° around him randomly. All players use their spears grabbed at P2 to interrupt him. 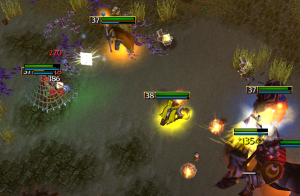 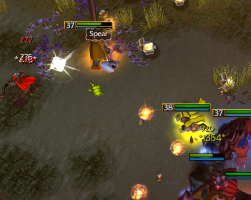 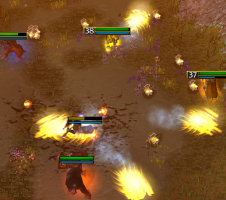 Boss will be fighting with Tauren only. Boss has cleave attacks its range wider then looks. When tauren change his position boss also change his position to face him but before that he sends shockwave strait line. Or stay behind Tauren all time to avoid.

For "VX" spawned adds should be let alive and let the darkness kill them at light spot phase.

For each player light spots will spawn, hold position on it to avoid death. Deals damage at the end. Centaur adds also dies in that phase from darkness. PS: Give spot to who has slow move-speed if you have enough speed to reach further spot. If possible let tank & healer take the spots close each other to keep tank alive. 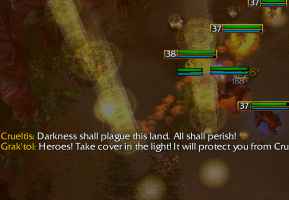 After each light phase 3 centaur will spawn, players should stay close each other so tank can aggro them more smoothly. Tank begins to kite around arena making big circle far from boss to prevent adds killed from AoE spells. Avoid hugging the walls to prevent block yourself with adds. Healer mainly focus tank keep alive, while DPS focus boss only. 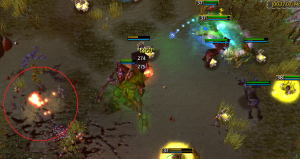 Earthquake spawn after 2nd light phase at any spot on arena and moves slowly random directions, avoid it. Depends on your DPS between 1st & 2nd light phase 2nd EQ can spawn too. 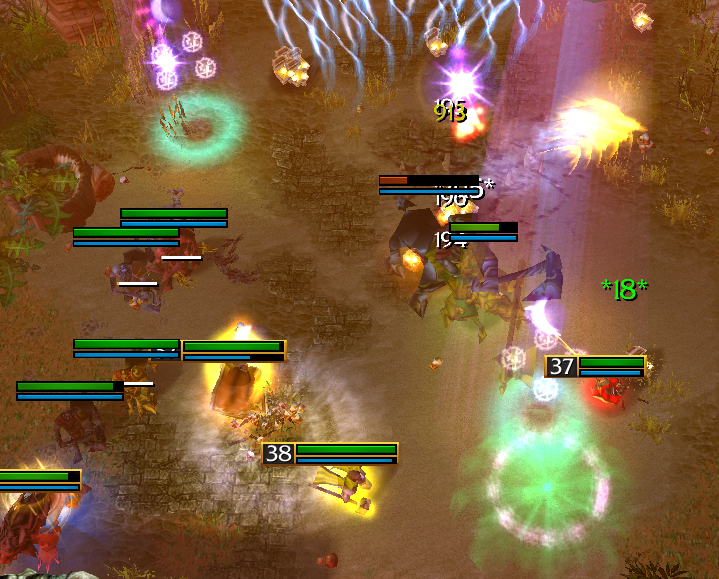