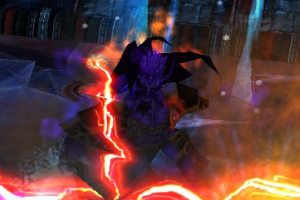 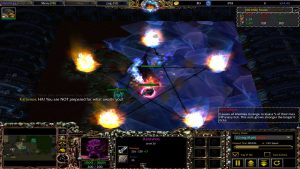 The boss area is located in the center of the Ancient Orc Tomb, behind the sealed gate north of the AOT Portal Master.

He becomes accessible immediately after Avnos and Karnos have been defeated.

Players with status 7 or above have the option to portal to this boss directly from the Special Portal Master at the cost of 8,000G. To reach the Temple or portal master, one must complete the Grom Gol Trials, also known from the quest [18] The Valley of Trials

This encounter may appear difficult for new players because one can quickly take fatal damage if the mechanics are not understood.

Fire wave: A skillshot that launches a fire wave after a delay, leaving a fire patch behind. It is indicated by a red lightning effect.

Fire explosion: A nuke spell that does aoe damage at the indicated area after a delay, and leaves behind a fire patch.

Ice wave: A skillshot that launches a wave of ice after a delay, freezing anyone hit in an ice block. The ice block can be destroyed to free the player. This spell is indicated by a blue lightning effect.

Blizzard: A spell that targets an area, and after a delay, ice falls on the area dealing damage with every wave.

How To Do Karavnos Phase 1

In the first phase, you have to deal with the 2 minibosses. Always stay together. Take your time there, you are not in a rush. Attacking them causes you to take ever increasing damage due to the stacking debuff. Managing the damage from debuffs, thus the number of stacks you get is crucial in this phase, since you can only swap bosses every 30 seconds, due to the vulnerability debuffs. Aiming for 20 stacks of debuff is ideal before swapping. It is advised to not auto attack the bosses, only use spells on them, because it is not worth taking a stack for the low damage auto attacks do. Also, no one should ever be hit by any other spells they throw, because the unavoidable damage is pretty high. 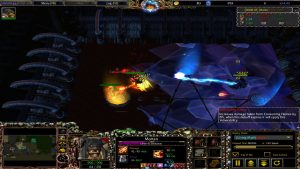 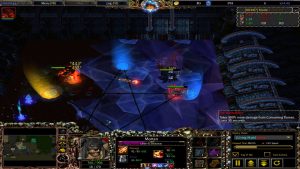 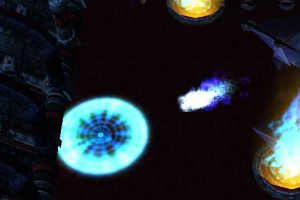 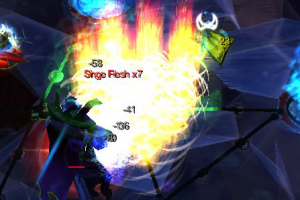 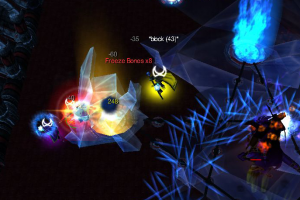 In the second phase, the fun starts. The unavoidable damage from the aura and debuffs is super high, keeping the team alive is very stressful for the healer. For this reason, rotating healing wards releives a lot of stress from the healer. It is also essential to minimise the movement, and maximise the dps uptime on the boss, because the longer the fight is, the harder the aura ticks. 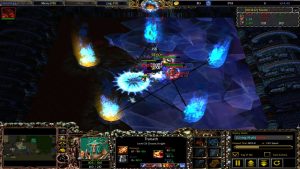 Dodge the frost of Karnos 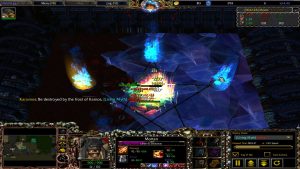 Make sure not to breath fire on anyone

Dealing with the frost and fire spells: The team should always stack together on one side of the boss, and when the frost spell is announced, run to the other side. Doing so guarantees that no one will be hit by the frost. As for the fire spell, if you are melee, since nobody is on the oppposite side, you can just ignore it and nobody will be breathed on. If you are ranged, you need to observe your sorroundings  and make sure to not breath on anyone. Healers need to focus on the player targeted by the fire, because the target can easily die from the passive damage ticking constantly and the big burst from the spell. 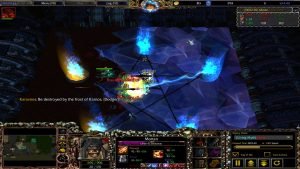 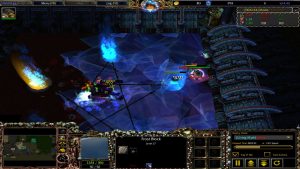 Stand behind the ice block to get rid of the debuffs

Dealing with the damaging debuffs: From time to time, the boss will summon ice blocks. The locations are indicated by a chain lightning effect. Always wait players to stand behind the ice block, then it can be destroyed.Standing behind the destroyed ice block will also remove your stacks, so don't run away immediately. Keep in mind that the frost and fire spells are still cast, when you are stacking behind the ice box.

To trigger VX mode, everyone in the game needs to gain 35 stacks of debuff on one of the bosses in phase 1. Doing so causes you to take a debuff, that makes you do less damage to the boss you were attacking, and do increased damage to the other. Since Karavnos counts as both fire andd ice element, a single debuff makes players do only 50% damage to karavnos, essentially making him have double life.

It is advised that only one player stacks at a given time, because the damage he takes from the debuffs will be very high. After everyone has their VX mode debuffs, just continue killing them normally.

The debuffs also have an another effect. Players with the fire debuff will periodically spawn fires under the hero, doing ticking damage. Just make sure to move out of it, as it does a lot of damage. Players with ice debuff periodically emit frost novas, doing aoe damage, including the player. Players with frost debuff should try to stay away from others to not splash them with the frost nova.

Everyone needs at least 2000 hp and high magic resistance as much as you can get "preferably capped", use "Divine Shield Elixir or Dragonblood Elixir" for stacking phase and wisps as defensive ones. If you have already decent hp & mres use offensive wisp "disable it until spawning the boss, when stacking phase lightning strike will mess up your stacks". Healing & Anti-Magic scrolls are useful too. To avoid confusion you might prearrange which player(s) which debuff will get at stacking phase.

Everyone in the game needs to gain an x666 debuff stacks. Karavnos will be summoned automatically when all players meet the condition.

Every 20 seconds all players will get debuffed. Those debuffs persist until the boss killed.

To start stacking you need to hit the same boss 2 times to get the first stack and constantly need to switch bosses for each stack you gain. The first boss you start to gain stacks on will end up gaining your debuff of the opposite boss at end of x666, those debuffs are essential to destroy "Frost Blocks" and, depending on debuff, prevent you from dying to the laser. DoT/self bounce/double cast on a target, those kind of spells prevents you from getting stacks. If you idle for more than ~4 seconds (depends on how many debuff stacks you currently have) you will either lose all of the stacks or get them reduced by a lot.
PS: It is possible to change your debuff after you get 666x and hit other boss to change it.

When he appears, he starts to constantly summon "Phantasmal Nightmares" until the end of a fight. Those black mobs hurt and should be killed. Karavnos has Damage Reduction also, assuming the same as others 70%. After Karavnos dies all players are immobilized and can't use any skills while taking 2 ticks damage (approximately 1500 damage; the value depends on magic resistance).
In a 1 player setup – 1000 HP per 4 seconds.
In a 3 player setup, he regens 2000 HP per 4 seconds. All shall be destroyed by the frost of Karnos! / All shall burn under the flames of Avnos!
When those messages appear, the 3-second timer is started. When the timer is elapsed, frost nova will appear on all players. Does nasty damage, you will die if you "eat" all explosion. Has same animation as in VX mode.
Red & Blue Lasers
Every 10 second, (North/South/East/West) one of those random directions send laser lines and keeps move until it reaches the middle of the arena (on the boss). Only players who have the same color/debuff can pass through, players with opposite color/debuff will instantly die if they touch the laser.

Frost Blocks
Those blocks have either RED & BLUE colors. To destroy it you need the same color "debuff" to match their colors at the stacking phase. Spawned blocks can have have same color too. With opposite color/debuff, blocks will not take any damage. PS: Level 50 wolf Q talent can damage them until 1 HP but cant kill it, only pure-damage items (like "Emblem of Inferno & Shadowed Time") are capable of bypassing that mechanic "killing it". If it is not destroyed (~15s) it will explode and does much more damage it can literally leads to wipe. As treant 2900 hp & 57.13 Mres with maxed barkskin I took around 894 damage from that you do the math. 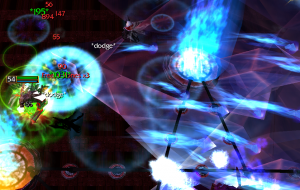 Lesser UVX
Only 1 player needs to stack and suicide himself to spawn Karavnos. The purpose of doing this is to reach Muarki and there is no APT reward for this. There is also still chance to get relic item but it is very low drop rate.