Insert Rune of the Ages in the Brazier of the Ages before you start attacking M'Karsa. If you do a certain amount of damage brazier will be destroyed. Difference with non vx is, minis only spawns at rock phase. Boss has CLEAVE attacks.

In 8 seconds after the fight begins, you'll see water circles under everyone's feet, this will happen 3 times in total avoid it. Along with those circles, there will be more random water circles too. 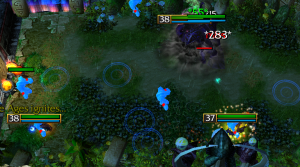 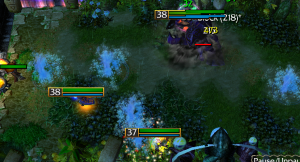 During the entire fight, a water elemental falls from a waterfall to any spot on the arena every 14 seconds. Those minis have passive ability to decrease your movement speed. They hurt where they fall and the only way to dodge it is to approximately estimate the angle of the animation before they hit the ground.

After P1, a random players will get an animation effect and will be responsible for placing the water pool in 5 seconds. The boss should be between those pools and pools shouldn't be located too far away because players must stand on it when their name is mentioned in "glow" text (see next ability).

After placing the first pool, any random player will get the glow and will need to immediately enter one of these pools and wait until they see "The Living Water grows weaker...". If the same pool is being used for the 2nd time, you will get a different text "The Living Water dies..." and the pool will be gone. Entering the pools by pre-defined order is important because pools will get bigger as time passes and it will take a lot more time to make the pool weaker, which is a burden for healer(s). After the first pool is placed and used once, a second glowing person should enter the second placed pool and so on. 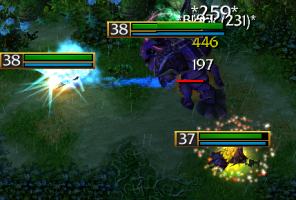 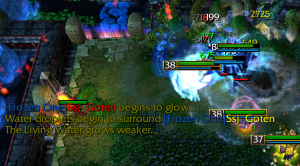 After both pools vanish, everyone must hug top or bottom walls. A big rock will throw from waterfall and player must avoid from that area, hitbox is big. After the rock falls there, everyone must hide behind the rock by staying to the right of it. As for the tank, he should stand further to the right side to prevent the boss from cleaving teammates.

Shortly after throwing a rock, a very big water wave starts coming from the waterfall to the opposite side of the arena. Mini rocks will be scattered across the arena as the big wave hits the rock, causing all players to take damage; at the same time, dozens of mini water elemental will be spawned. There are 3 waves in total.

PS: Tank can use the body of the boss as a wall to adjust the position and block the spawned minis so only a very few of them can hit teammates. 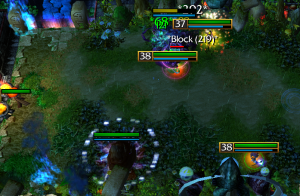 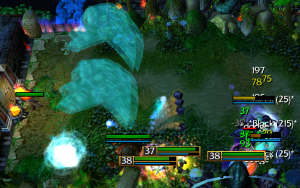 Those water balls are becomes water elemental when hit the ground. You can see rock shards also in picture.