To active Ortakna you need "Life Stone of Ortakna" and place on him to start fight. To obtain life stone you have to either defeat M'Karsa or using Special Portal Master to warp "Outer Corridor" by doing one of them life stone will be spawn at that location "see pictures below". Ortakna is always VX mode.

Just by warping to M'Karsa you can spawn life stone w/o killing him. 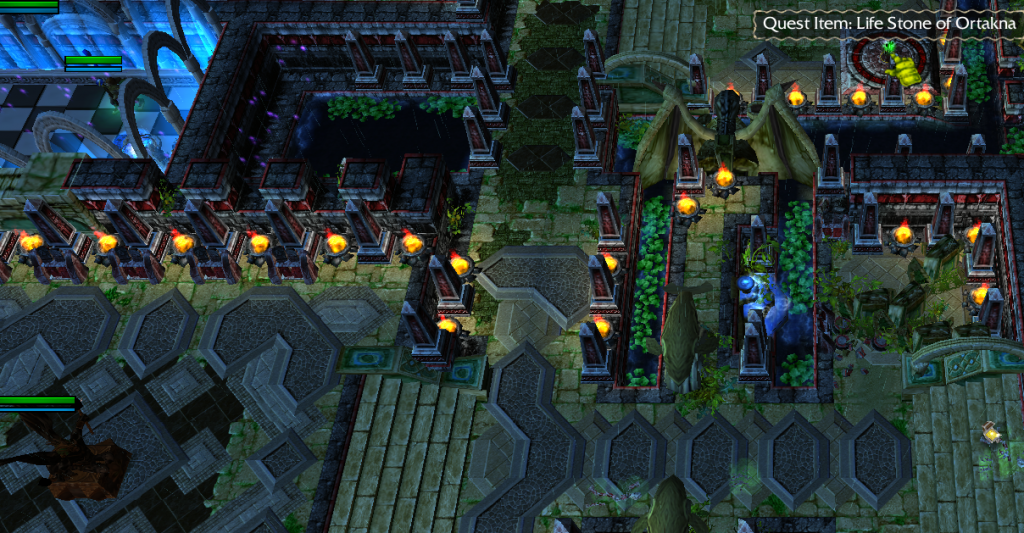 Stone is spawn on that spot always.

It is advised to get at least 360+ move speed to run pillars. For runners Scroll of Haste can be used.

Smoke Screen on each player.

To make it into last phase both boss have to be killed same time OR after you killed one of them and entering the other room to finish last one in time before you get forced to enter back to the room who killed first. Because if you kill one of them which arena he belongs in that arena you will get hurt badly as time passes even might lead to wipe. Before killing one boss, do timing correctly and run into other room via portal kill last one.

Dark Ortakna
Hands will be randomly cast on any spot of the ground upon entering the arena avoid at cost. After 3 seconds, the boss will start attacking players (use this time to burst on boss and taunt him instant before boss start to attack on other players).
The tank should stay below the boss while healers should stay behind him. The rest of the players should surround the boss and deal damage while avoiding hands. His attack very fast but compared to light room have less base attack damage.
Dark Phase Arena effect: -1.5 MPS.

After 8 seconds Ortakna starts attacking, the runner needs to pass behind glowed pillars a total of 4 times. Everyone must hug Ortakna and give space for the runner. The player will scatter many purple bullets from rears and whoever eats those will get heavily damaged. Each pillar glows once so you can more or less figure out the next glowing pillar.
Runner Phase > https://www.youtube.com/watch?v=ZVBNCUa6h0g 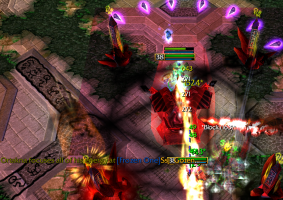 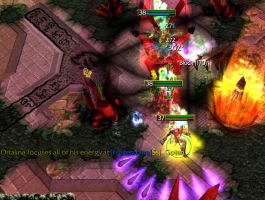 In some rare cases, the bottom-left pillar can glow 2 times.

Whoever has aggro on the boss cannot be called.

Use Scroll of Haste after 1st pillar passed not before. For time wise longer buff on runner.

A viper "its health regenerates very fast" will be spawn from the bottom, when runner pass between 3rd & 4th glowing pillars. Tank needs to aggro, and killing this unit should be a priority for players. A few seconds later a portal will be opened on the top side of the room while Ortakna starts channeling arena wipe spell; everyone should enter that portal to avoid certain death.
Tank can move to portal before spawn, knowing he will have slow move speed.
Tank shouldn't use taunt skill on viper, save for light ortakna. Because if you waste on viper when someone aggro boss your cooldown will not make it in time. 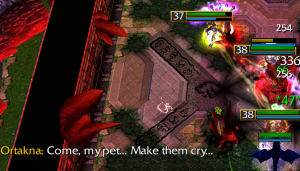 While inside Light room. After the second blinding light, a shadow orb will be spawned in the dark room and someone will need needs to go there to prevent the orb from reaching full hp and exploding. İf orb explodes, both arenas are affected and the outcome can be very lethal. More shadow orbs will be spawn if the fight takes longer. The second orb usually spawns in 1 min 25 sec. 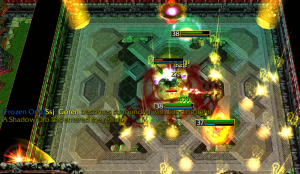 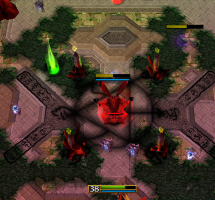 Orb can be one shot if someone who has that skill talent.

If you kill orb it will spawn at light room which is very troublesome.

Shadow Orbs have HP regeneration & when they explodes it will start with half HP bar.

Light Ortakna
As soon you enter the room tank should instant taunt. When boss start to attacking portal will be open. Its allows only one player to enter a dark room to prevent the shadow orb from exploding while dealing damage to Ortakna.
Compared to dark one attacks slower but base damage much more.
Light Phase Arena effect: -25 HPS.
Ball of Lights
These orbs randomly spawn and need to be killed by using AoE abilities. Each one explodes after 10 seconds and each of them deals AoE damage and applies HPS reduction debuff (which depends on the game difficulty). You can avoid AoE explosions if you stay far enough but you cant prevent getting debuff.

HPS debuff resets back to normal when entering dark room, but restores again upon entering the light room & last phase.

After the second blinding light, beams appear and start to spin clockwise/counterclockwise, while changing directions over time. Avoid getting hit by the beam not to take massive rapid damage. 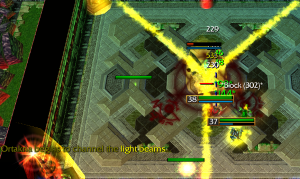 After a while, the beams will disappear and the boss will start casting arena wipe spell, players will need to escape the arena by entering a reopened portal.

After both boss killed team will be teleported back to where you started at Ruined Temple.

Tank should instant taunt, and everyone must take turns to smoke on boss this part very important to prevent your tank get killed. After tank build enough aggro use Elixir of Fortitude and save your Stoneskin according to the situation "example when there is no smoke on boss".

Ortakna has very fast attack speed same as dark one, and hurts much more compared to light one.

Hands will also spawn on arena, same for light orbs.

All HPS debuff during light room from orbs will be applied. 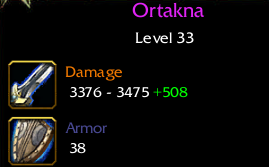