To get Crypt Fiend you need to accept quest from an Ent NPC and spawn Meat Wagons, after you destroy all four wagon barrier will be disabled. Enter the gate at right middle side and take right path it will lead you to entrance for boss arena.

Beginning the Fight & Tips
1. Recommend high ms (400-450+) on the tank and moderate/high ms (350-400) on other players.
2. Walking into the room will trigger an RP event. Crypt Fiend (CF) will spawn at the end of the RP.
3. Unlike other bosses, if you die during the CF encounter you can re-enter the room (be careful of respawns on the way back to his room).
4. One of the non-tank players should take the first hit from CF to begin stacking focused strike.
5. After this player takes 1 hit, the tank should taunt and immediately begin kiting to avoid gaining any stacks.
6. Bring lots of Smoke Screen. At starting first stack gain, when you before break channeling, for slowing boss speed and minis.
7. Body block CF for your tank to outrun him.

CF's auto attacks will put a stacking debuff on the player unless the attack is dodged. At 5 focused strike stacks, the player is instantly killed. A dps or healer with enough armor/hp should take the first auto from the boss to start stacking, then the tank should immediately taunt and start kiting. At 2/3 stacks 2nd tank or a DPS who can steal aggro should let themself be hit to decrease other players stack. VX condition requires dealing with this mechanic for the entire fight, so for VX you will need either a second tank, a dps with a taunt, or a dps who can pull aggro from the tank to let them destack.

If CF does not land an auto attack at the start of fight, after mini phase finish and CF comes back. Entire party will get a debuff called feedback. This debuff causes players to reduce mana to 0 and stun for 1 second, each Skill/Consumeable items/opening inventory/talent tree/stat menu, activates it. The debuff is essentially a wipe as you will run out of mana constantly, and have no mana to heal/dps. This debuff lasts until player death. Deathward is a good way to deal with this, especially on HC (lower difficulties you can just -zs and retry).

CF will jump to a new location and calls a player name, "You're mine, -player name-" when he does this he will spawn either a red or a blue bird which will chase the player. Dps should split between the boss and the bird, melee dps on the boss and ranged dps on the bird. Bird will gradually moves faster each second pass and eventually hit them and return to the boss. The higher the hp of the bird the more dmg it deals when it connects with a player, Dps should kill the bird when its about to hit the player or before it gets back to the boss. The more hp the bird has when it gets back to the boss it will heal CF damage done to him during that phase depends on birds %HP if bird reach CF with full hp all damage done to him that phase will be wasted.
TİPS:
Red Bird; Will create a blue circle in the middle of the room that deals damage over time, everyone should stay out of the center of the room.
Blue Bird; Will create a large circle with a safe area in the middle of the room, ranged/heals should stay in the safe zone, tank/melee outside the circle.
Both circles deal massive damage (usually lethal) if you stand in them immediately after they spawn, after a second the damage decreases and it is possible to quickly cut through the circle if needed. 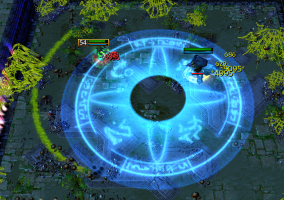 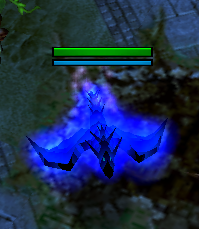 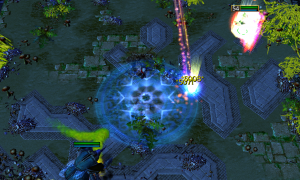 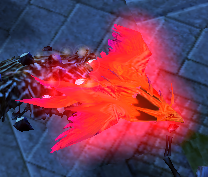 CF will split into 4 mini CF's: red/blue/black/green.
To maintain VX condition you must do sufficient dps (dps check) to the minis for them to say "How could you oppose us". Whichever mini has highest HP that minis debuff will be activated when CF comes back and persist until next mini phase. If minis have same amount HP at that phase you will get pain aura always. The boss must be killed while split into mini CF's to complete VX mode, you need to get the boss HP low during the other phases and then finish him when hes in split form. Lower the CF hp means lower hp on minis mean. 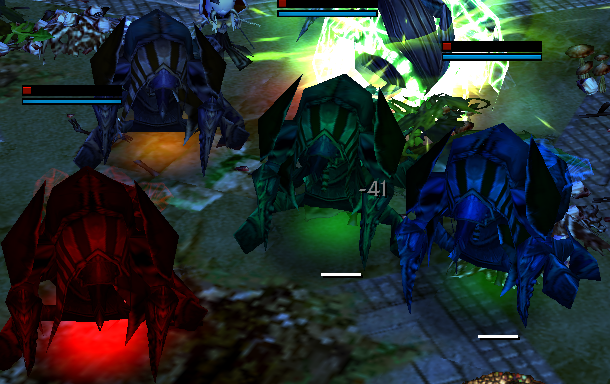 **After each mini phase when CF comes back a text message will be shown to inform which debuff is activated.**
You cannot run from your destiny!
I will finish you!
You will feel the pain! *this row always informs you which debuff you activated during mini phase*

Green - Healing done to players also done to CF as small percentage. Text Message - Your heals are mine!

Black - Damage over time (every 3 seconds) to entire party. Aka "Pain Aura". Text Message - You will feel the pain!

The spider will move around the room in an arc like pattern, it will stop moving periodically and then start another arc. If a player catches the spider, they will take a lot of damage, the damage can be lethal on Leg/HC or higher difficulties. Being hit by the spider will cause the player to become silenced and unable to auto attack or use any spells, also does DoT dmg. After a period of time, CF will lock the player down, jump behind them, and start channeling. Dps need to burst the boss to break the channel, otherwise the player will be 1 shot.

After each mini phase CF will scatter webs around arena ıf you touch webs you will get reduced -304 Move Speed & -30 HPS. At the same time snakes will be spawn near wall areas and will follow players. Snakes can have different and some of them might have same color and follow players to their respective color, more then 1 snake can follow same player too. If you touch head of snakes moving toward players you will heavly hurt even can kills you.

Triggering Non VX CF
Ignore Mini Crypt Fiends during the first split phase to trigger non VX. Focused Strike mechanic will be gone for the remainder of the fight. Only need to do a bit of damage to the minis to dictate which debuff will occur, but no dps check required. Boss does not need to be killed while split into minis.
Triggering VX CF
Focused Strike mechanic will continue until the end of the fight. Dps Mini Crypt Fiends, focus the black & red mini to have an easier debuff during the next phase. VX if Mini CF says: "How could you oppose us". Must kill CF while he is split into mini CF's.