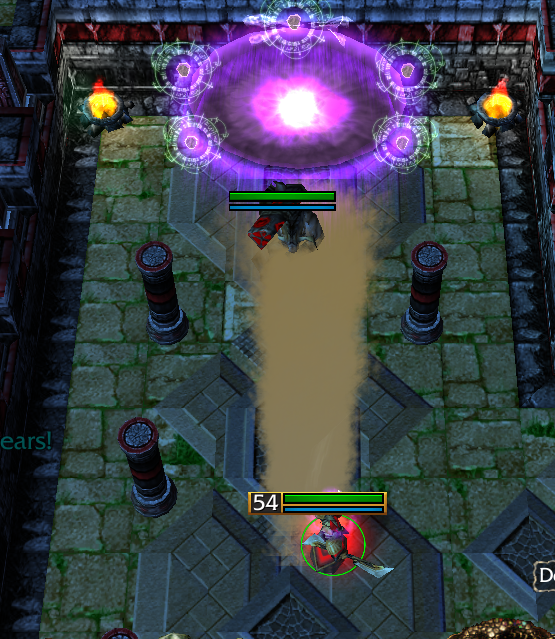 How to reach boss arena

You have to defeat Ghoul first, later walk into portal to summon Ultimate Guardian. He has all buffs you encountered in temple areas and same spell pool from other guardian statues. Main problem here is circle on the ground if you get caught you will get stunned like 10 second. Wear Sober Guard for that. 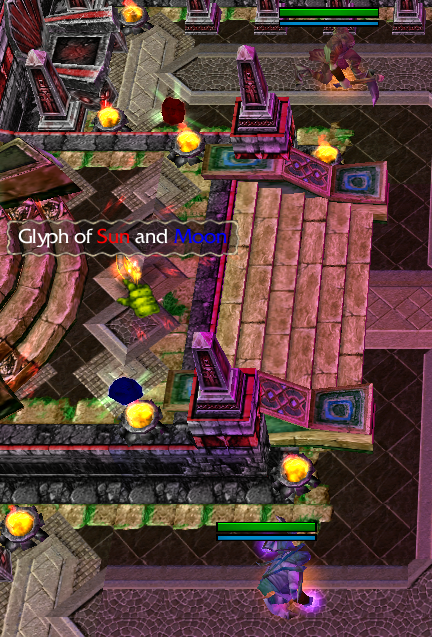 Twins share the same amount of HP each time when other twin actives/phase changes activated twins HP fixes to another one each time. İf you start DPS on blue twin at the beginning when the phase changes, their HP will not be shared, therefore start DPS on a brown twin.
Grak-Brown İmmunes to any critical damage. Auto-attack Passive Ability > Reduces Armor values by 150/200/250 each difficulty and sets your Magic Resistance to 0. Only overcapped MR (magical resistance) like 57.30 > 12.37 work like this.
Krit-Blue Passive Ability > Scatter He has a very high (around 70%) chance to dodge any kind of attack. Unlike Grak, you can do critical damage to him. Each auto attacks are magic damage.

It is possible to get an extra spell while doing VX or Non VX phase from opposite side of VX or Non version sometimes during the phases (take a look at examples below). 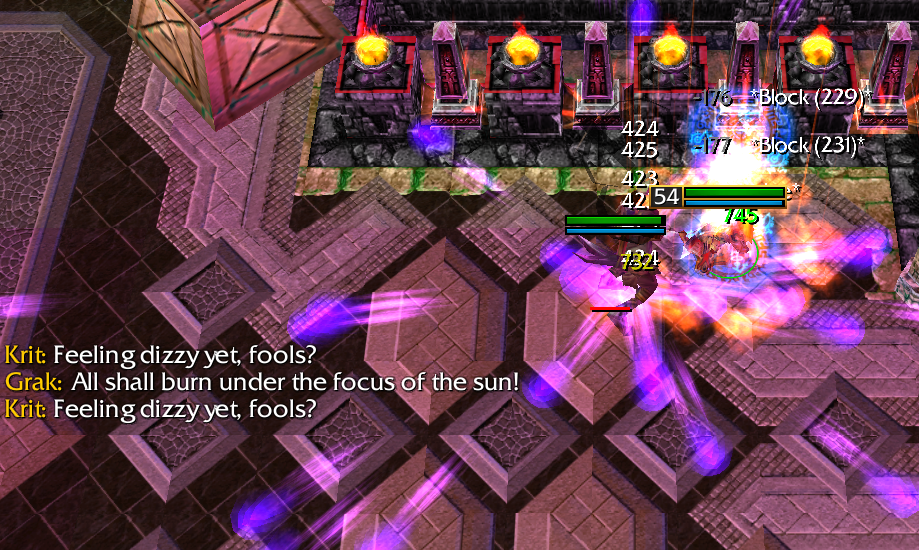 You will get a text message "The Twins' power is rising..." each time a phase changes (bosses switch) and if you not able to kill twins in time "The Twins' power has reached its peak!" Twins will get a permanent buff (same as "My brother, accept my power!") Normal > 7min. Legendary > 5min 15sec. Hardcore > 4min 25sec. Around them you will see green particles animation as notice of that.

Tank starts to kite him by making very big circles while others stay in the middle. Grak creates dark particles from behind while he gains movement speed, attack-speed and +3k base attack damage. Everyone gets "purge" skill animation on their feet, Krit (boss gets the same animation too) becomes invulnerable and chases a random player (can change his target) and does damage by staying close to you. Player can kite Krit/blue if needed. 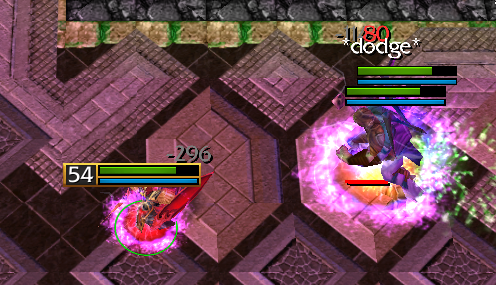 Starfall on every player, everyone should spread across the arena to prevent starfalls from stacking at same areas. By moving around most of the damage can be avoided.

Everyone should “Hold Position” after they position themselves. All move controls are reversed (Phase can start with either normal or as reversed controls). You can move by using target spells on player or boss to get closer to a targeted unit, "Feeling Dizzy Yet Fools!" notifies you that controls are changing each time. Boss casts mass purple orbs through his body and sends them randomly at a 360° angle. The tank should maintain max melee range to avoid getting hit by all of the orbs (max melee range). Note: You can self E or T as shadow shaman, click the spell and use on your animated hero avatar. 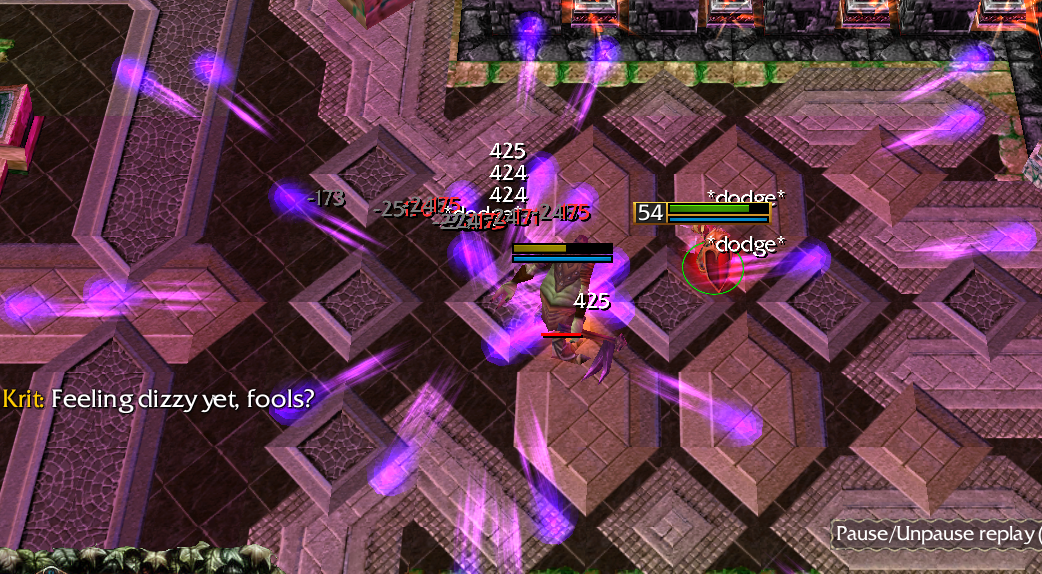 Spread and whoever got “Dark Screen” should press H, after dark is gone go away from that area because "Mini Grak" will appear at your spot to perform a instant death 180° cleave attack "3 second later screen returns back to normal". Again 5 seconds later a message "Grant me... your death!" will show up and Grak will perform same small animation again, and this time on all players will spawn (you must run away from that spot when you see the text) you will get hurt and stunned. If a player moves during the effect of the dark screen, will take rapid damage each mini step they attempt. If your move speed is enough after screen comes back to normal, instant run from that area OR move while still dark 1 second earlier before screen turns back to normal if your ms is low. 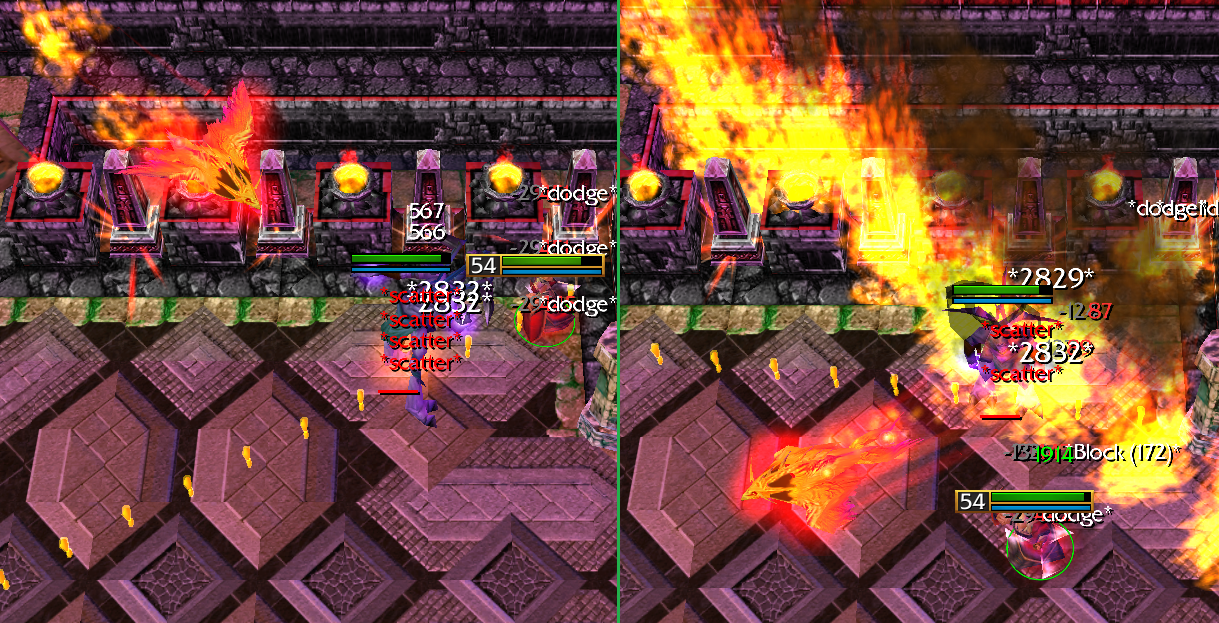 The tank should go right to the entrance and slowly walk to the left side, as “!“ yellow marked lines appear on the ground 2/3 second later and the phoenix will shoot those marks. Touching the phoenix itself causes instant death but you can walk through fire lines: you will still take damage, but it's not lethal. Healers should stay close to the tank while all damage dealers to the left side to make healers' job easy and give some space for them.

All players should stick together to divide gained stacks among the team. “Fireball” bounces between players and gets "Solar Purification" total 30x (increases magical damage) and each stack you take more damage from that.

Notes: My advice is use your skills or consume items a bit later when its starting to hurt. Warrior Y aoe "damage taken reduce" example, stoneskins. Healers job will be more easy. 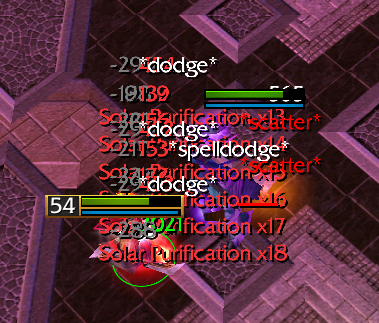 Sun appears on the left side, all damage dealers should focus on killing it, otherwise, twins will fully heal (in 20 seconds after the sun appears). Everyone takes damage during this phase, there are many flying fire bolts going towards the sun which deal damage on contact with players. Tank needs to be a bit more right side of arena to take less hit from fire bolts while healers can focus more on DPS to keep them alive. 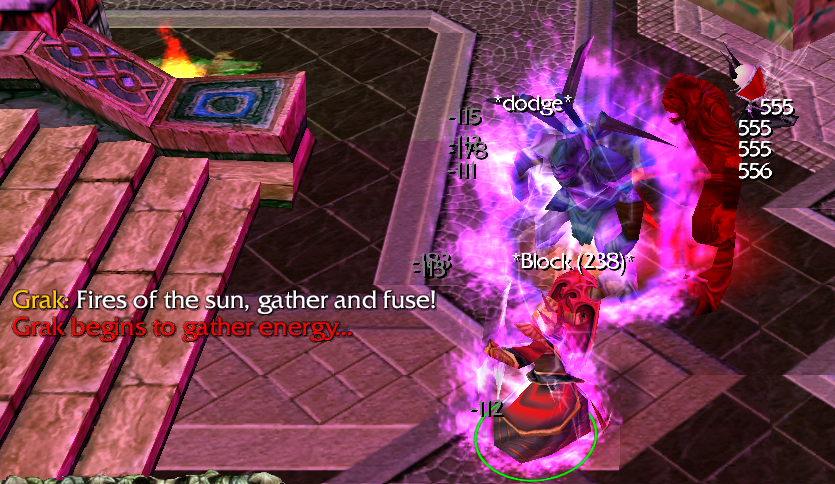 He starts to heal himself just Interrupt/taunt. İf not interrupted 6 second later both twins fully heals. 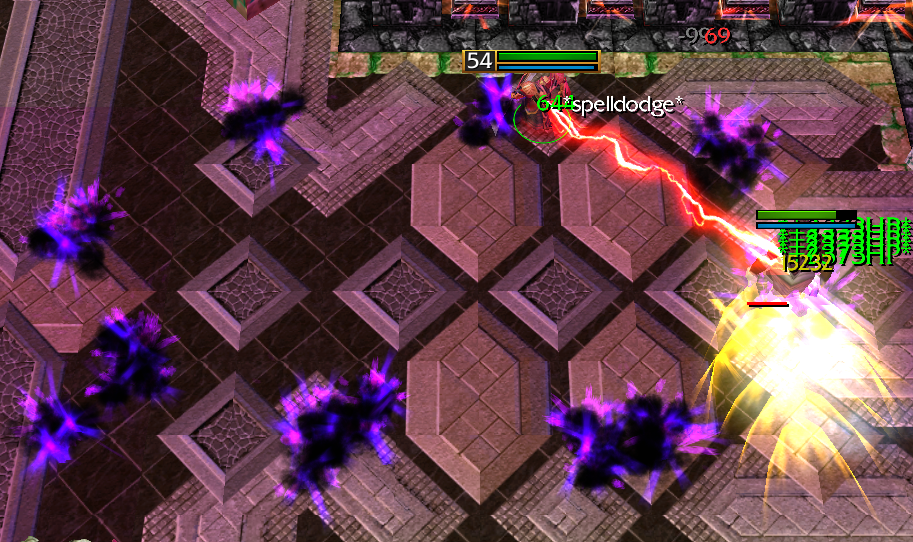 Blue circled portals appear under each player; everyone should stand on "own" portal until its gone OR team wipes. 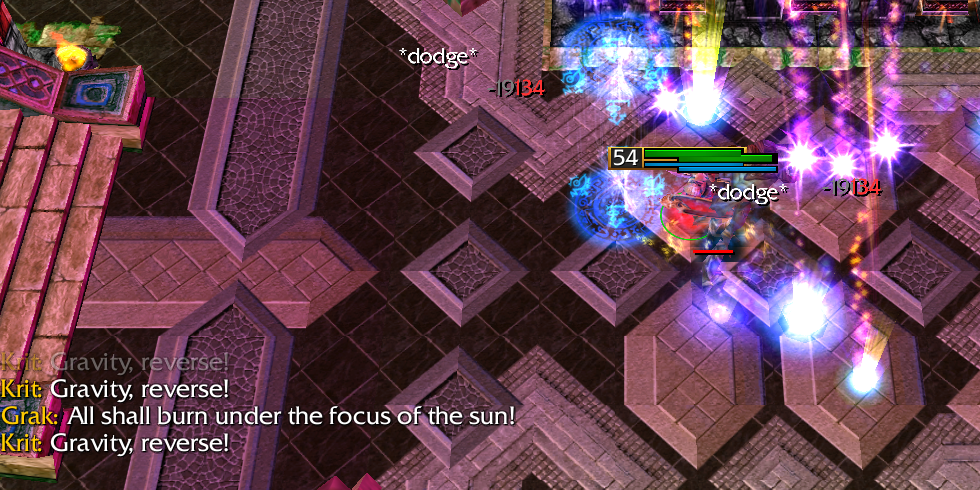 Boss shoots phoenix in a direction of the called player. Should be avoided, although it's possible to tank it on high HP + MR (also stuns you for 3 seconds).

Called player gets caught by a yellow net, which immobilizes and damages a player. It should be killed ASAP to rescue the player from instant death in few seconds. (you cannot get the net if you play solo)

Boss casts Starfall on the called player when text appears where player stands that time, you should avoid it. Lasts 5 second on that spot.

Damage and heavy move speed reduction by -301.
Random players swap position with other random players. During Fires of the sun, grant us power! phase this can be very nasty be sure to stay a bit more left side to avoid eating phoenix or fire path. When you swap position with other player, can be slightly off position that's why it is important.
Blue clouds appear on each player and burn mana if you stay too long, does heavy damage. Each mode 20/40/60 mana drains. 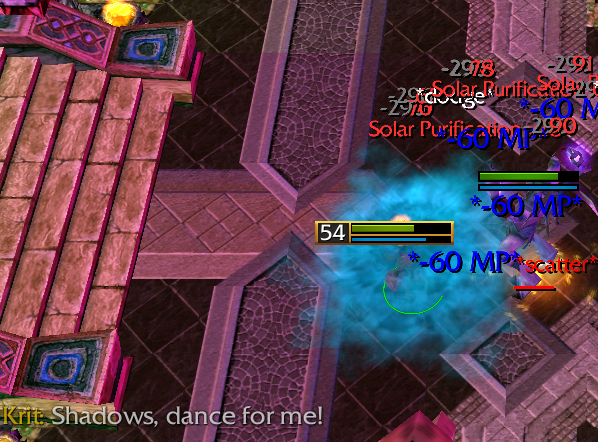 All players or random player(s) will get stunned for 1 second and silenced for approximately 5 seconds.