How to Kill Broodmother Guide

Broodmother is the final boss before obtaining Status 2 and killing it is required to complete the quest Proving your Worth, which rewards an enchanted quality offhand item.

Before fighting Broodmother, it is recommended that all heroes in the group have reached level 8 and have equipped their level 8 items. This can be achieved by completing all other quests from Tol'Cam and Vormur Temple.

Broodmother is located within the Tol'Cam Caves. The fastest way to reach her is as follows:

There are 2 phases during the BM encounter:

Phase 1: Sqreee Phase
This is the main phase in which Broodmother can be DPS'd. During this phase, you should use all your DPS abilities to burst down the boss. In addition to auto-attacking whoever has aggro, Broodmother may cast one of the following abilities:

Poison:
Targets a random player with poison that damages and deals damage over time.

Web:
A random player becomes webbed, which damages, roots and silences the hero for a short duration.

Phase 2: Egg Phase
Approximately 30 seconds after Phase 1 begins, Phase 2 is triggered and BM lays 8 eggs before she disappears. If BM is defeated before this occurs, then this phase simply doesn't trigger.

During this Egg Phase, BM does not attack and cannot be attacked nor targeted. In addition, spiders spawn and attack the nearest player.

This phase lasts for about 30 seconds and any egg that has not been destroyed will hatch, spawning 3 spiders per egg. Simultaneously, Broodmother re-appears, and Phase 1 is repeated.

Tip for New Players: Stock up on healing/mana potions, smoke screens and elixirs before attempting to kill broodmother - and consider looking over the How to VX Broodmother guide for a potential epic item drop. 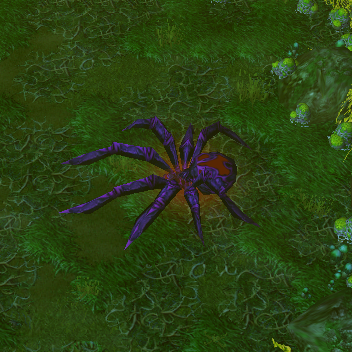 During P1, the Main Tank keeps the boss facing away from the group. DPS ability cooldowns should be used during this phase as it is the only phase you'll be able to damage the boss in. Using a smoke screen on the boss to mitigate auto-attack damage may be helpful. Healer(s) should pay attention to heroes that have been poisoned, which deals more damage overtime than it does initially. After about 30 seconds, P2 will begin if Broodmother has not been killed by then.

In P2, Broodmother begins to spawn 8 eggs along the walls, starting from the bottom left. These can be destroyed immediately after spawned and all heroes should participate in doing so. Spider adds spawn during this phase which the Tank should aggro to allow DPS to focus on remaining eggs. If eggs do remain by the time BM re-spawns, one can manage the hatched spiders with smoke screens and AOE abilities.

How to VX Broodmother - 'Ahh!! Spiders!'

Condition
Defeat the Broodmother without killing any of the eggs in phase 2.

Strategies
Broodmother VX can be easily achieved with some of these methods:

During P2, all heroes stack by a wall to avoid getting surrounded when eggs hatch, while tank remains nearest to center, to aggro potential spawns. When BM appears and the eggs hatch, immediately use smoke screens and AOE abilities to mitigate incoming damage. Tank should keep AOE taunt abilities ready to keep aggro of adds. If the group lacks AOE DPS then focusing damage on BM may be viable to avoid a second phase 2.

Phase 2 does not need to be reached in order to accomplish this. If there is enough DPS to defeat BM during P1, then the fight is automatically VX'd.

Egg Phase
During the egg phase, spider adds will spawn with a specific color. Each spider that emerges has a different color. Their attack inflicts a stacking poison debuff that deals damage over time for 10 seconds. They are totally safe to kill. However they leave a poison cloud behind when they are killed. 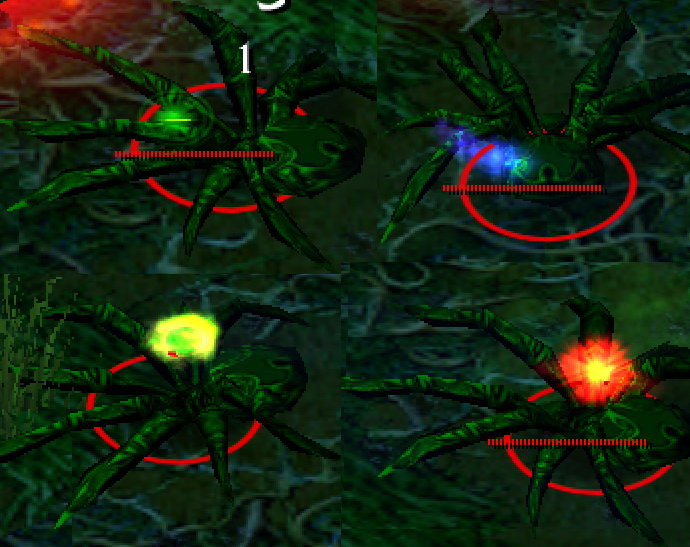 When the boss is defeated, the notification "The cave is full of poison fog!" will appear and all players will be dealt 30 damage per second until they return to town. Teleport scrolls will not be allowed, forcing players to walk back.